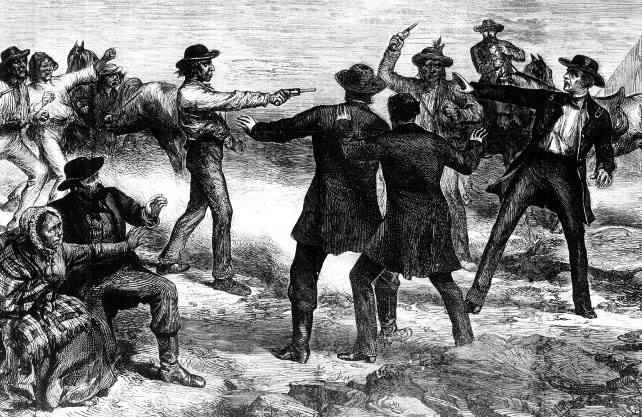 A soldier for three and a half decades, Edward Richard Sprigg Canby (1813-1873) was the only full rank Regular Army general to die in hostilities against native-Americans. Born in , and raised in , he was appointed to and graduated second to last (30/31) in 1833. 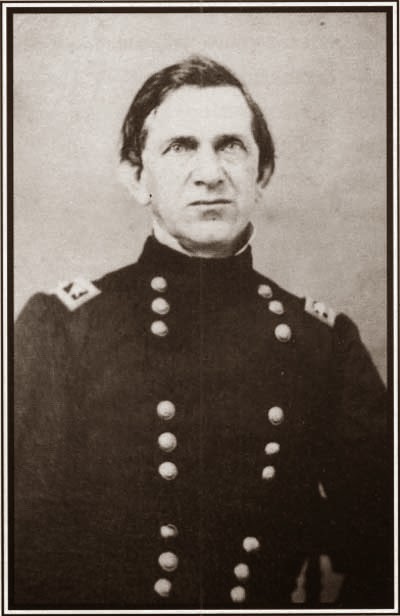 He fought in the Second Seminole War (1840) and participated in the forced evacuation of the Creeks, Cherokees, and Choctaws to , known as the “Trail of Tears.”Fighting with great distinction under Winfield Scott in the Mexican War, he won brevets to major and lieutenant colonel, and then served on the western frontier, including participation in the Mormon Expedition of 1857-8 under highest ranking Fallen Star Albert Sydney Johnson. 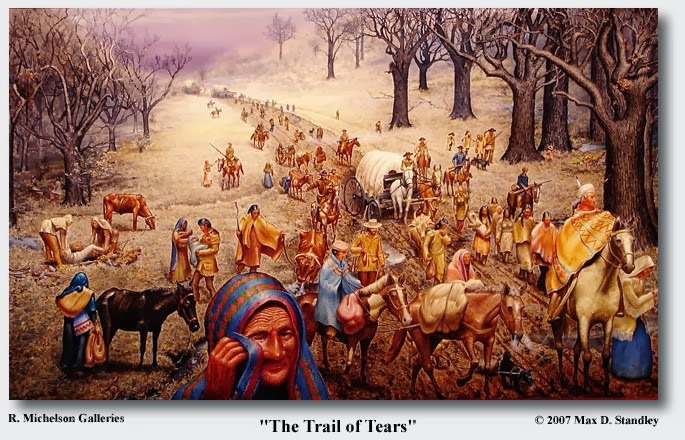 Trail of Tears
The outbreak of the Civil War found him at Territory, There, on May 14, 1861, he was appointed colonel of the 19th Infantry Regiment and put in command of the Department of New Mexico, defending the west, especially , against any Confederate incursion. With most regular army units committed to the battles in the East, he had precious little with which to hold the vast territories under his command. 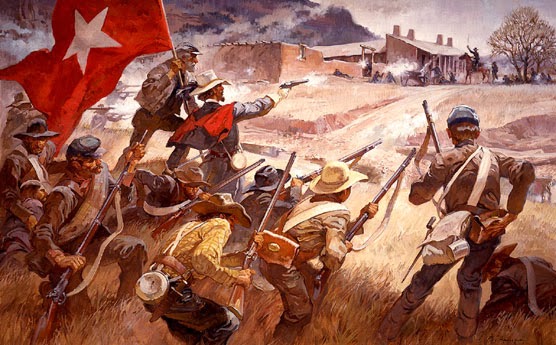 Battle of Glorietta Pass
On January 1862, in one of the larger – and completely overlooked - battles in the far west, Canby was defeated at by Confederate General Henry H. Sibley his one-time second in command. Canby was driven from the field but retained control of his forces and initiated a “Fabian” hit-and-run campaign, isolating Sibley from his lines of communication and finally bringing him to battle at where Sibley was decisively beaten and forced to withdraw to . Historians refer to the victory as the “ of the West.” 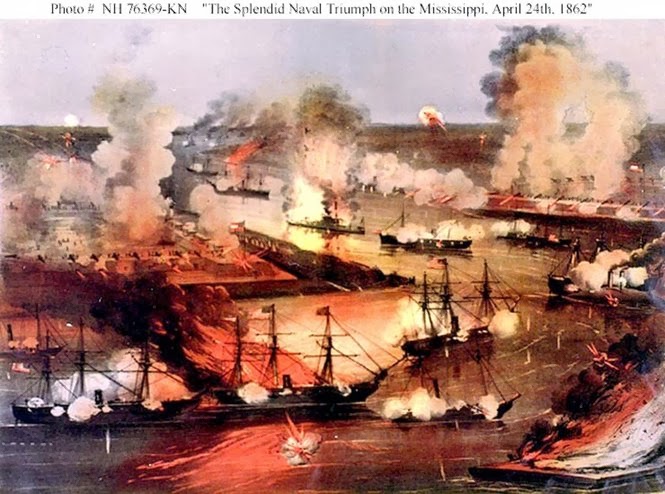 Battle of Mobile Bay
He was then recalled to where he served on the adjutant general’s staff in the War Department. In July 1863, he was the officer ordered to to restore order after the draft riots. Promotions and greater responsibilities followed. In fact, at one point he held three separate commissions as a general officer! After recovering from a serious wound received late in 1864, he returned to the field and was the architect of the capture of on April 12, 1865 for which he received the “Thanks of the President and Congress”. A few days later, he accepted the surrender of the armies of Generals Richard Taylor and Edmund Kirby Smith. 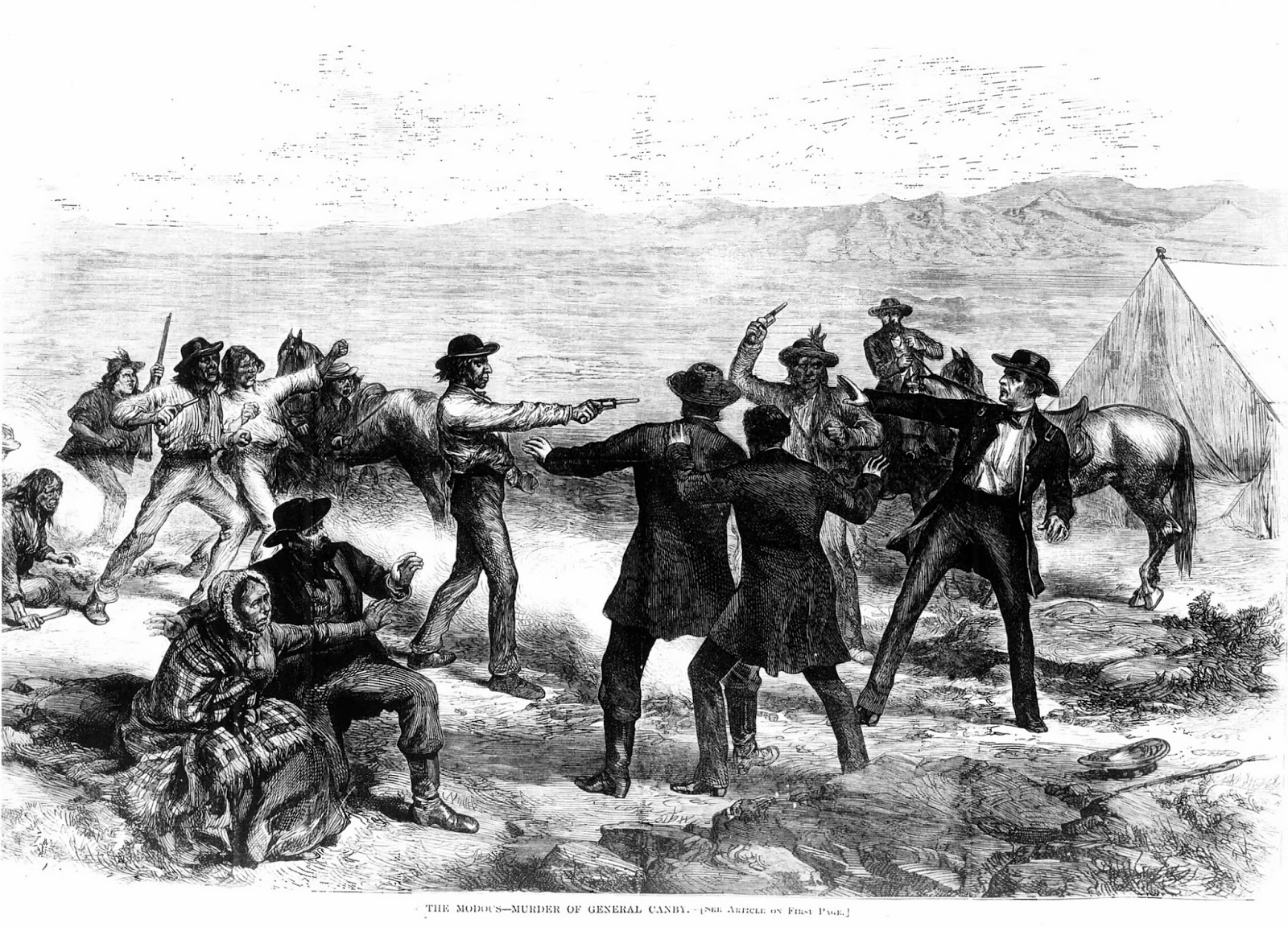 The Murder of Canby
Now promoted to brigadier general in the regular army, he worked on various Reconstruction efforts, but his sympathy for the defeated south angered his superiors, especially Army Commander Philip Sheridan, who ordered him back to the west. At the height of the bitter struggle with the Modoc tribes, Canby arranged a parley on April 11, 1873 to discuss peace. Anxious to show his good will, and sincere in his desire to end the war, he went to the meeting unarmed. The Modoc Chief Captain Jack suddenly pulled a gun and killed Canby in the midst of the negotiations. It shocked the entire country. The senior officers of the army were outraged and Captain Jack was hunted down and hanged and in an appalling act of collective punishment, his people were deported to en masse. It is certain that Canby would have opposed such an unjust action. 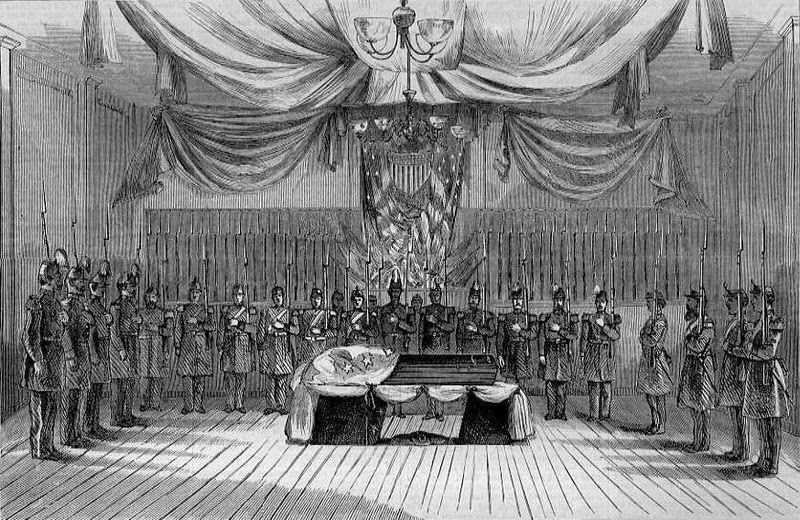 No fallen American flag officer killed in battle ever served longer as a general – 11 years.
Posted by Unknown at 1:06 PM