The First to Die On Foreign Soil - Richard Montgomery (1775) 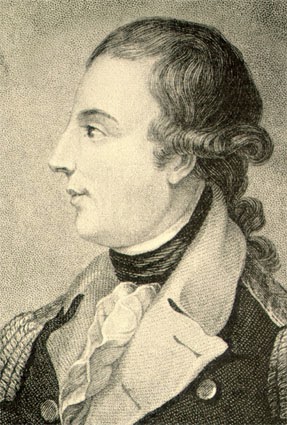 By the outbreak of the Revolution, Irish-born Richard Montgomery (1738-1775) had already enjoyed a distinguished career as a professional soldier. Son of an Irish Member of Parliament and educated at St. Andrews and Trinity College, he enlisted in the British Army at age 18, and fought in the French and Indian War. After returning to , he attracted the attention of Edmund Burke and Charles Fox whose liberal views greatly influenced his political thinking. Determining that his future lay in the , he sold his commission in 1772 and moved to NY, where he married Janet Livingston, a prominent member of the local aristocracy and he became a large land-owner and farmer. 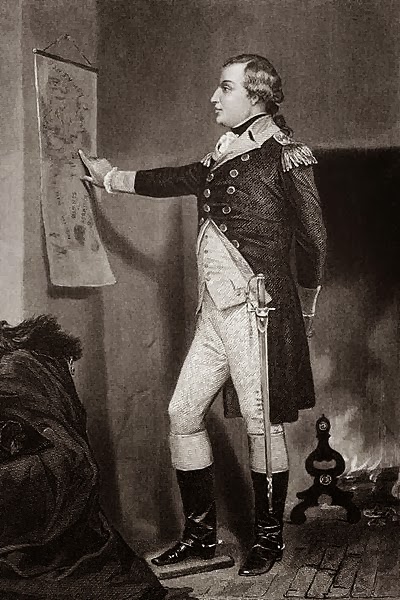 Tall, bearing a fine military posture, and possessed of an attractive personality, soon became an outspoken supporter of the colonial cause and in May 1775 was selected as a delegate to NY’s provincial congress. One month later, he was offered a commission as Brigadier General in the Continental Army, the second (and only non-New Englander) of the eight men selected to hold that rank. Assigned as second in command of Philip Schuyler’s first invasion of , he took over when Schuyler fell ill. In spite of the poor quality of his troops and subordinates, and a myriad of logistical problems, he captured and was promoted Major General in the Continetal Army on December 9, 1775. 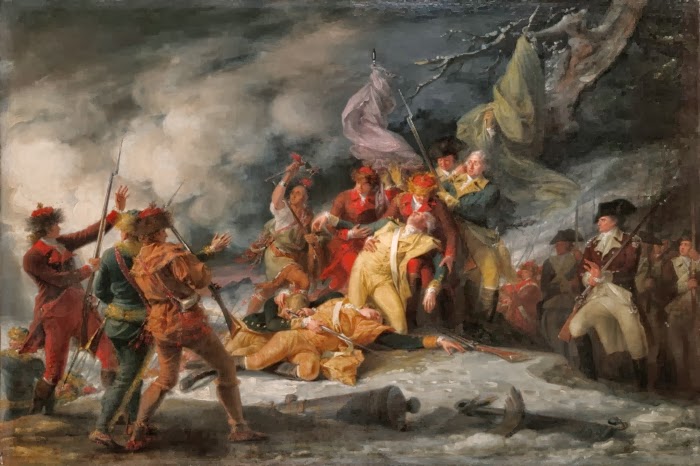 After linking up with a force under Col. Benedict Arnold, he was poised to capture and end the campaign with a great victory. Deciding against a siege, the two men led converging columns against the city in a blinding snowstorm. The British were waiting. was badly wounded and was killed during the action, which ended in failure. Future Vice-President Aaron Burr, who was at his side when he fell, tried desperately to carry his body through the snowdrifts, but it was hopeless. He was forced to abandon the corpse on the battlefield. Recognized by his former English comrades, was later buried with full honors near the spot he died. His death was immortalized in John Trumbull’s famous painting, the “Death of General Montgomery.” 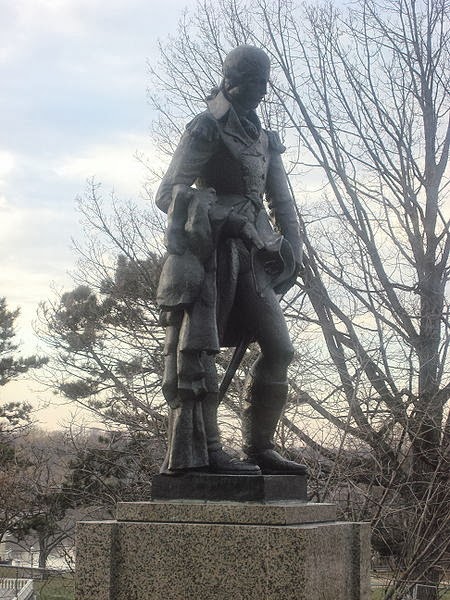 Among the most eloquent eulogies spoken in his honor were those offered by his friends in Parliament. Even his foes praised him, including Lord North who described him as “brave, able, humane and generous.” was the first American general officer killed while leading troops in the field and the first to die on foreign soil. In 1818, his remains were exchanged for those of Major John André, the spy who had been executed as a result of ’s treason, and he was buried in ’s ’s Episcopal Church, right down the street from Ground Zero, September 11, 2001 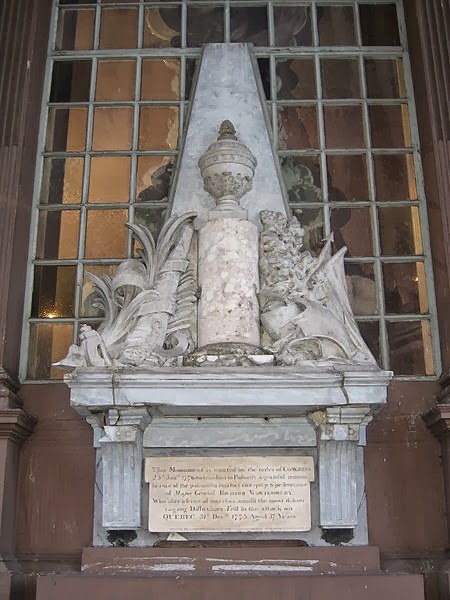